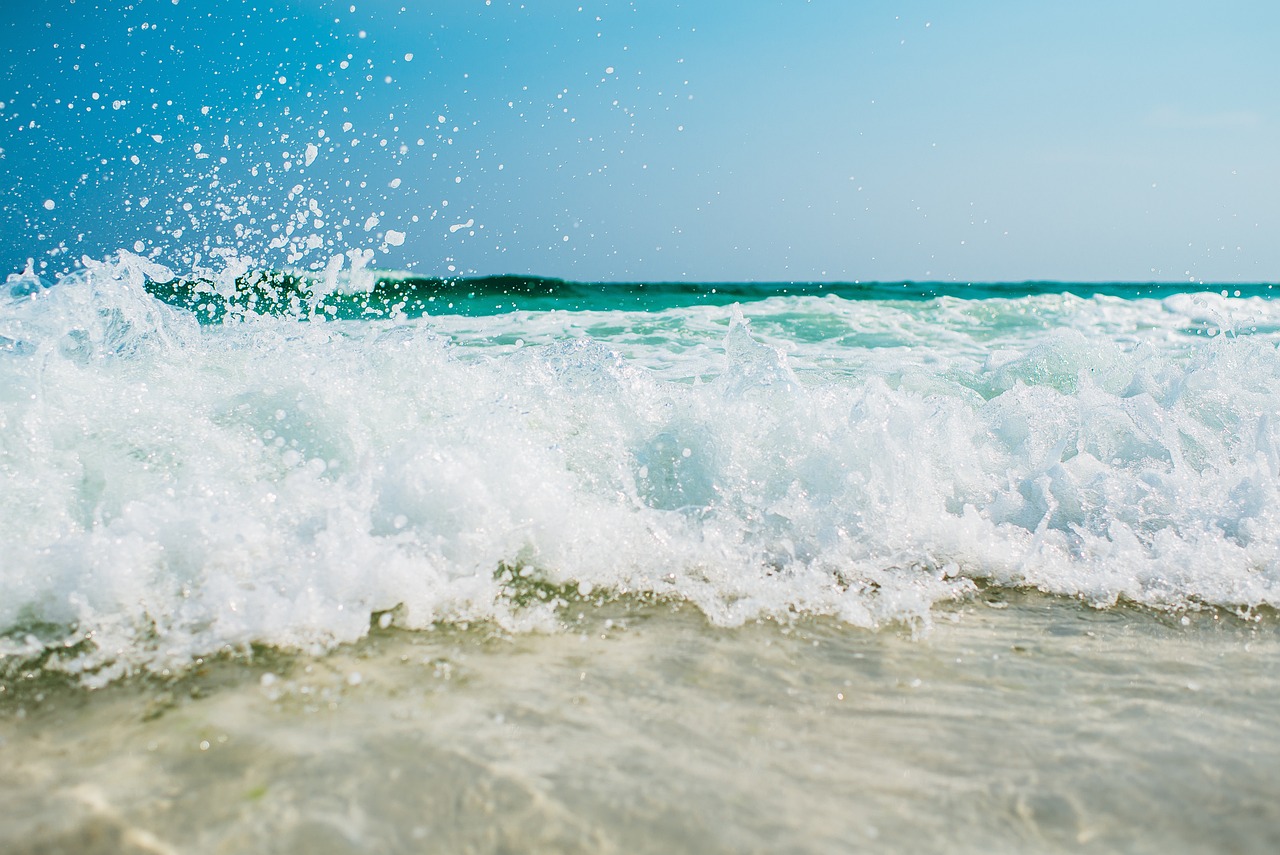 Excursion programs for foreign tourists in Tula and Tula region

Tour operator «Compass» is your guide of Tula region.

Tula - the hero city, the homeland of the great writers, masters, gunsmiths, artists, scientists and sailors. The centuries-old history of Tula begins in 1146. A trip to the Tula region's like time travel. Only in our region you can simultaneously be at the origins of ancient Russia, to find yourself in the middle ages, after discovering the Tula Kremlin, ancient streets of chief town of a district, to see the famous shoe flea; enjoy the romantic Tolstoy times; in the museums to feel the atmosphere of the early 20th century, and then we can go through battle places of Tula and return to the modern weapon capital of Russia, visit the new, unique Museum of the Weapon in the form of huge helmet, located on the banks of the river Upa.
Tour operator "Compass" invites you to spend time in Tula as rich and interesting. We will help you with pleasure to look into a variety of sights and memorable places of the Tula region, to plan the route and make the trip unforgettable. Professionalism and experience, stability and reliability of our company guarantees the quality of tourist services and a high level of your leisure.

The place breathes Russia… reeks of Rus! The Museum of the Kulikovo battle is the largest in Russi. Near the Museum are the temple, the monument of the Moscow Grand Duke Dmitry Donskoy, the Alley of Memory and Unity. Near them is the legendary confluence of the Don and Nepryadva where the road passes to the place of the Kulikovo battle. Red hill of the Kulikovo field is crowned by the temple-monument in the name of St. Sergius of Radonezh. Everyone who visited Kulikovo field, feels a part of the great Russian history.

The great fortress of the Russian military architecture of the 16th century were never surrendered to the enemy. A true decoration of the Tula Kremlin considered the cathedrals (18th and 19th centuries).. The building of the first power plants in Russia arouses interest (1900). There are traditional things of Tula region in the Museum of folk and decorative art : Filimonovskaay and Tula toy, Belev lace, samovars and gingerbread production.

The Museum of Tula samovars

The Museum "Tula samovars" one of the most popular in town. It illustrates the history of the Tula water heater from the late 18th century to our days. The highlights of the exposition: buffet - 70 liters and tiny samovar - three drops of water. The Museum presents dozens of unique shape and size of samovars. All of them are conveniently located in the town centre near the walls of the Tula Kremlin in the historical building in the name of Emperor Alexander II.

One of the youngest and most favorite museums of Tula "Tula Gingerbread" - popular far outside the city. It presents the history of the unique ancient delicacy and all kinds of different shapes and sizes. Excursions to the gingerbread house show the process of manufacture of spice-cakes in the past and in modern conditions. A delicious moment of the visit is the Museum's tasting Tula cake with tea from Tula samovar.

The Memorial Museum of N. Beloborodov

One of the symbols of Tula is Tula accordion. Town guests are recommended to visit the Museum of its Creator Nicholas Beloborodov. In the Museum presents various accordions, including the famous Viennese accordion and Tula accordion, which was made over 130 years ago. The interior of the memorial rooms decorated with photos, posters, as well as furniture and subjects of a life of the early 20th century. The emotional climax of the exhibition is the music of Beloborodov, which spreads through the ancient rooms of the legendary harmonium and the phonograph.

The Museum of Veresaev is just one urban estate in Tula. The Museum exposition devoted to life and creative work of Vikenty Veresaev (Smidovich) - writer, literary critic, and Pushkin scholar. He was born in Tula, in the family of the founders of the Tula town hospital of the first Tula kindergarten. The main exhibits of the Museum are personal things of the famous writer and his legendary parents: photos, documents, portraits, books with autographs. In the estate reconstructed interiors of the living rooms of Smidovich family the late 19th and early 20th century and the writer's Moscow study and library.

The Memorial Museum of the Demidov

The dynasty of Demidovs is the genius of entrepreneurs, mine owners, diplomats, writers, and musicians, and generous patrons. The memorial complex "Demidov's necropolis" and the monument was built in Tula. The most interesting part of museum is family burial vault of Demidovs in Nikolo-Zaretskaya Church. Demidov memorable places in Tula is a kind of chronicle, which resembles a modern generations about the versatility and scope of activity of the famous dynasty

Museum of captain of the "Varyag" cruiser V. Rudnev

Museum of rear Admiral Vsevolod Rudnev was opened in the year of 100th anniversary of the feat of crew of the cruiser "Variag" and of the gunboat "Koreyets" in the battle of the Russo-Japanese war. Having exhausted all fighting resources, rear Admiral Rudnev decided cruiser flood. The exposition is devoted to the feats of the crew of the cruiser "Varyag", and the Museum is located near by the tomb of rear Admiral, at the southern wall of the Church of the Kazan icon of the Mother of God

Tula regional museum of regional studies is one of the largest Museum collections on the territory of Tula region. For visitors hospitably opened the doors of the hall of Nature, Pershino hunting, Ethnography, urban life Tula late 19th - early 20th centuries, the Ancient history of the Tula region, Archeology, spirituality and culture, Military glory Tula, the Tula enterprises. The history of the Museum began in 1919. Surprisingly, after 58 years, was proclaimed the international day of museums and is now celebrated in more than 150 countries.

"Yasnaya Polyana” saved what it knew and loved Leo Tolstoy. Landscapes of the estate as a historic building, supported in unchanged historical form. Yasnaya Polyana is still living a real estate life: in the gardens gather apples, apiary brings the honey, graceful horses pleasing to the eye. To feel the spirit of Tolstoy era in Yasnaya Polyana tourists come from all over the world. and leaving. again dream of returning in these beautiful places.
Bogoroditsky Palace-Museum and Park
The history of the Palace began in the late 18th century. Empress Catherine the Great in 1773 ordered the construction of country ensemble. Soon, on the hill above the dammed river Rested towered two-storey house with a high ground floor, with a Belvedere and a semicircular ledge to the ball room. By the way, the layout of the city Bogoroditsk was arranged so that all lines of streets leads up to the Palace. Journey into the Palace times goes by 14 exhibition halls of the Museum, the entry tower and landscape Park with the area of almost 670 square meters.

The Museum Estate of Vasily Polenov

You should definitely visit the Museum of Polenovo. The artist Vasily Polenov saw the Oka from the train window in 1887 and forever in love. After 15 years in these places he built a big house. Around it grew outbuildings : a stable, a wooden “House of Manager”, boat “Admiralty”, a small house for children. Of great interest studio of Polenov “Abbey”. Now in the Museum complex includes the Church of the Holy Trinity and the “city of masters”. In the reserve you can see the works of Vasily Polenov, dip into the traditions of Polenov's estate, admire the Oka expanse of pine and breathe the pure air of conifers.

The Museum of Military History of Tula Region

Tula proudly bears the title of hero city, assigned for courage and fortitude in the heroic defense of the city. However, earlier Tula has played a prominent role in the military history of Russia. In the expositions of the Museum of military history of the Tula region reflects its role in the war of 1812, the Crimean war, the great Patriotic war.

All guests of Tula we recommend you to visit the Tula Exotarium. He is one of the 20 best in the country. The zoo boasts the world's largest collection of reptiles. There are children Playground and zoo outdoors, animals on the territory of the Exotarium, Animals possible to touch and even feed.

The Stud Farm of Prilepy

A lot of impressions gives journey on The Stud Farm of Prilepy. It is located in picturesque places not far from the town. The tour includes a walk along the historical places of the village and a visit to the stud. Here you will learn all about life horses. Everyone can ride horses and feed the horses. The excursion ends in a fun tea party.

The secrets of brewing beer reveals its guests brewing company "Baltika-Tula. On the tour you will learn and see how barley get malt, boil the wort, as it is bottled. Special pedestrian gallery You will be able to visit the factory, learn interesting facts from the history of beer and personally to taste the drink.